Hi everyone, Loueye here. As you may know, Tuttle, Rempel’s best friend has been revealed. We are really hope that you will appreciate them as much as we do. They mean a lot for us and have been really tricky to make. Maybe in the future we’ll share with you the early designs, but for now let’s talk about them.

Tuttle is a human that has been changed into a something looking like a cat. When they awake in Merigold, Rempel doesn’t recognize him at first. They’ll team up as you are progressing into the game, but be careful about Tuttle, he could be the key of the finale.

The team is now complete! Will you be able to help them?

Tuttle is a stubborn boy that wants to be right at any risk. He’s kinda the opposite of Rempel, but that’s why they like each others. They are so different that together, they can come up with original ideas that could get them out of troubles! Tuttle will be able to sneak through small passages, and attack foes with his cat-like abilities.

The beast one, Tuttle.

Also, we are still working on the game, but it’s a little slowed down by going back to college and to work, that’s why there’s less news. Edouard made 2 others songs, that are really amazing. You’ve been able to listen a small piece of one of them on Tuttle’s trailer.

News should be coming during late September, on October. Stay tuned! Until then, take care, ciao! 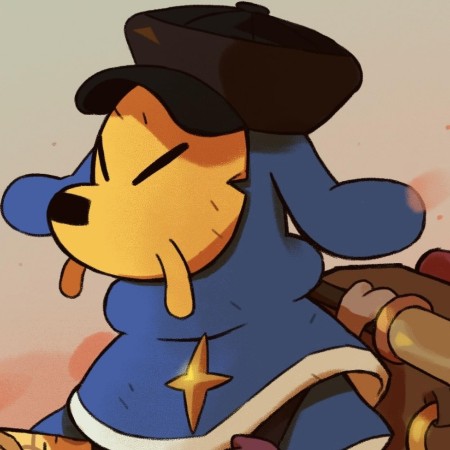 Hi everyone, Loueye here. As you may know, Tuttle, Rempel’s best friend has been revealed. […]

Hi everyone, Loueye here. It’s been a long time since we made a blog post, […]

Hi everyone, Loueye here. We are back for a new update about our dear STARRY […]